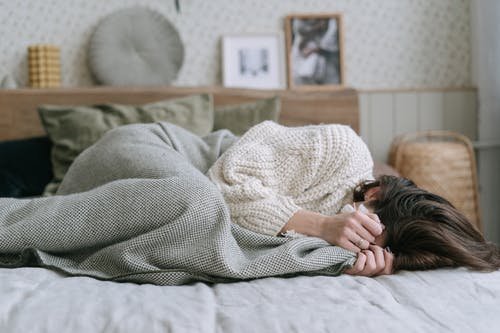 Arthritis is very common. Any age, sex or race can have it. It is more common in women and older people though. Over 50 million adults and 300,000 children have it. Common joint symptoms include pain, swelling and stiffness. They can be mild or severe and come and go. Severe arthritis is when you cannot do daily activities like walking or climbing stairs. It can also cause permanent joint changes like knobby finger joints and affect the heart, lungs, skiing and eyes.

Did You Know That There Are Different Types of Arthritis?

There are more than 100 types of arthritis but here are a few.

Can CBD Oil Be Used for Chronic Pain Relief? Yes, It Can!

There is evidence, according to the Arthritis Foundation, that shows that some people with arthritis who uses CBD notices pain relief, better sleep and less anxiety. It is also stated that there have been non-clinical studies in humans with arthritis to confirm this. The organisation have urged FDA (food and drug admin) to study and regulate CBD products. In 2016 a trusted source found that using CBD has the potential to relieve pain and inflammation.

However, there is a lack of scientific evidence to prove that it is an effective treatment for humans. In addition, CBD or cannabinoids, interact with receptors that influence pain and inflammation and may block certain ones that allow levels of endocannabinoid, called anandamide to increase in the body. It is believed by scientists that CBD affects how the receptors respond to receiving signals, possibly helping reducing inflammation and pain. It is stated by the National Centre for Complementary and Integrative Health that CBD could have modest benefits for chronic pain.

What Are the Risks and Side Effects?

These include: fatigue, diarrhoea, changes in weight and appetite

There are some concerns that CBD could interfere with the cytochrome -450 complex, an enzyme. Therefore CBD may increase the risk of a rise in liver toxicity. Also, you should talk to your doctor before taking CBD as it may interact with certain over-the-counter dietary supplements, aids and medications. Another risk and consideration are that high in fat meals can increase blood concentrations of CBD, which leads to an increase in the risk of side effects. You may have an allergic reaction to CBD oil, so it is best to try putting some of it on a small area of skin first.

Overall, CBD can have an impact on chronic pain and but there are some risks, so be safe and careful.

We are affiliated with a couple of UK CBD companies and when you click on the links, you might end up getting us commissions. Interested in the business model? Contact us or find out more here

Train to be a CBD reseller in the UK – free